Why You Should Read Utopian Man By Lisa Lang 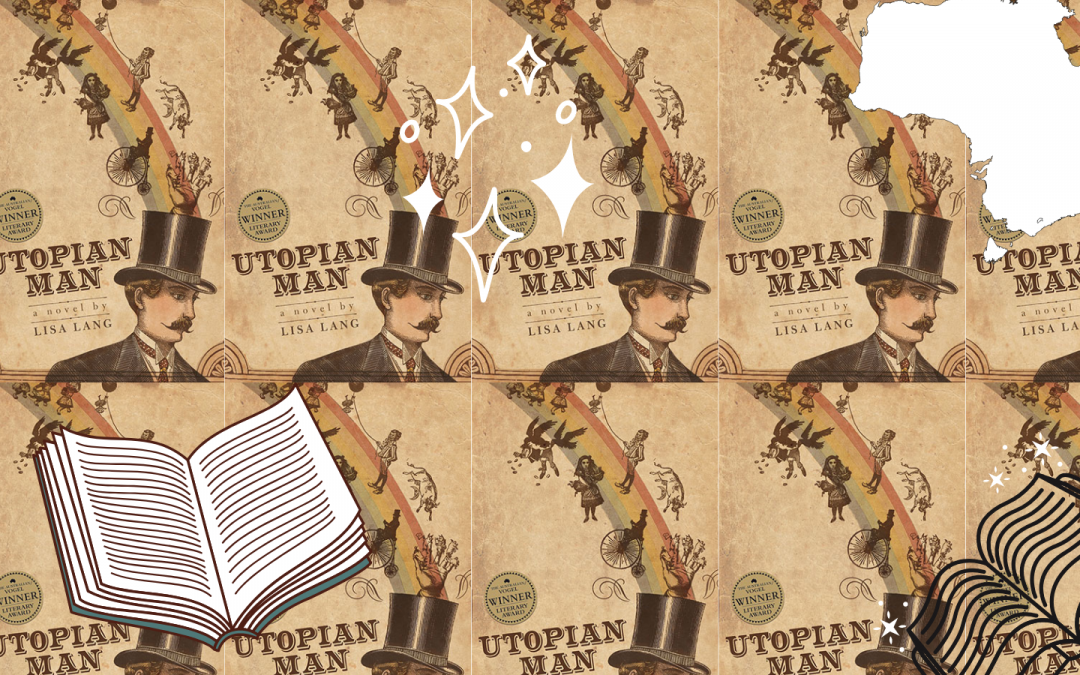 Have you taken a risk recently with your reading? Picked a book based on its cover or premise? I did, and the novel is called Utopian Man. It won the Vogel Prize in 2009, an award for first time authors in Australia. The author, Lisa Lang, I knew nothing about. I had never read any books from the Vogel Prize, but I did have the pleasure of taking an English literature course by a previous winner.

But I’m not interested in prizes. In Utopian Man, we follow the life and adventues of Edward, who wants to see Melbourne and his bold ideas blossom. Utopian Man takes place around Federation, a landmark moment in Australian history. Expect monkies, dragon-adorned china, sweets from Turkey and Australian animals.

But more than that, expect a bittersweet emotional journey through mayhem, grief and joy. I cried, many times. The novel evoked emotions long-buried, which is what the best literature does. There’s also a melancholic feeling, not to similar from listening to a Smashing Pumpkins song. (I can see Edward enjoying Tonight, Tonight!)

“But how to put into words the feeling that it gave you: that possibilities abounded, that the world was wide and that you yourself were capable, adventurous, destinated? And if he found the words, what meaning would they hold for someone who has Luna Park and the pictures every weekend?”

What I’m trying to say is Utopian Man captures an experience that few books manage to. Edward’s uniqueness and fierce optimism in the face of odds is encouraging and powerful. He’s the man who you care about and root for: even when you know he can’t possibly win.

As an Australian, I loved seeing Melbourne come to life with the vivid colours of Lang’s choosing. (Note: I am from Sydney!) Those in Australia may have heard of the real Edward William Cole. He roamed the literary streets of Melbourne and built the awesome Cole’s Book Arcade (which at one point, had one of the largest stocks of books in the world!).

He migrated to Victoria from England, You can read his Wikipedia page here. That’s certainly an awesome aspect of Utopian Man: it’s a love song to literature, but also to those who read and are moved from it.

How delightful it is to be moved from a discovered book.

Allen & Urwin (note: this is from Australia, and my copy was print-on-demand)