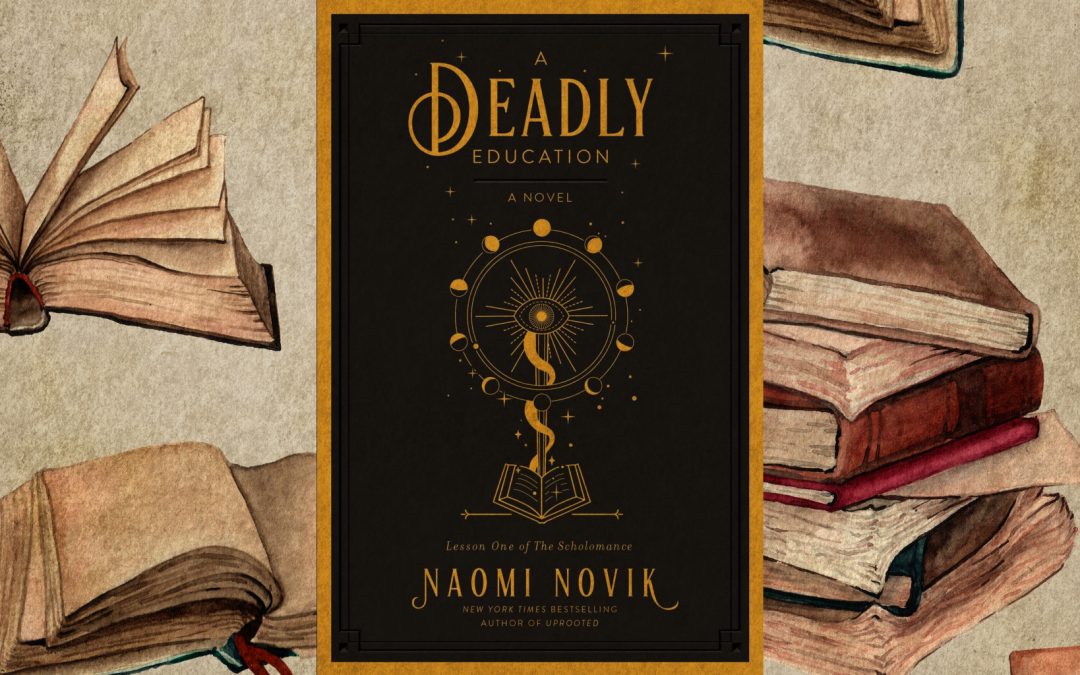 Naomi Novik, bestselling author of Uprooted, found herself in a pickle on Twitter.

Her upcoming book, A Deadly Education, was labelled by some as ‘offensive.’ The problematic aspect? A description about dreadlocks. Few hours later, Novik releases an ‘apology’:

I don’t know what is worse. The promise for more sensitivity reader intervention (yuck) or the shameful apologetics coming from an author who did nothing wrong. Instead of standing strong behind her work, she sounds like a re-education camp victim from China.

People who tend to demand apologies don’t do it for you. They are not interested in you learning, growing and even enjoying life. Unless the mob decides how you learn, grow and enjoy. Make no mistake: this is all about power. And I believe the Twitter mobs have too much of it. (And free time. If you are offended over a dreadlock depiction, get a life. Work in Siberia during winter. Do anything that stops you from being a sheltered brat that knows nothing).

But the drama continues. Novik’s gruelling apology is not enough for the mob, but apologising is not the same as submission. But it’s a start, and the mob is clever enough to know that further demands for apologies will eventually lead to her on her knees… forever. The bullies on Twitter, who screech about how problematic and wrong books are, want authors powerless. They don’t like authors having, or advocating, for free speech and expression.

Why? Because liberty means fighting tyrants, not appeasing them. If Novik, or any author, publish what they please and stand behind it, the tyrant weakens. The strongest weapon against tyranny is the word ‘no.’

As we can see from the responses to Novik, readers are not happy.

Apparently, writers who create offensive content must apologise. It didn’t work well for Salman Rushdie during his fatwa with the Satanic Verses, (he apologised and later called it a regret) and it’s not working for Novik now. Who knows, maybe if the Satanic Verses was released today, we’d see some of the Twitter mob engaging against Rushdie.

It’s clear that I treat Twitter mobs with contempt. In my experience, they have no intellect, class, humour or personality that makes them more interesting than your average slimy bully in school.

On a related note, I am concerned that the word ‘sorry’ is getting cheapened. If people are expected to say it so often, the word loses meaning. Which is sad, because ‘sorry’ is extremely powerful. It concerns healing and attempting to right previous wrongs. I’ve accepted apologies, and offered some of my own. But they are worthless, even harmful, if you do not mean them.

When I was younger, I used to apologise for the most insignificant things. Someone may be upset, and I’d automatically assume that it was my responsibility to fix it, and the best way to do that was to apologise. I never meant it, of course. But it weakened how I was seen by other people. Later on in my life, I realised that I didn’t want endless crowds of adoration and love that approve of me. No. I wanted respect. And I was never going to get that while I was begging on my knees.

Only apologise if you actually mean it. Perhaps Novik does, but I’d argue that what she’s apologising for is so minor. All of these bullies on Twitter do not know true suffering if they get triggered by an author describing hair. It’s a little thing, that is not worth of grovelling apology over.

We must not let the Twitter bullies convince us that everyone is like them, or that publishing is better off with them. Instead, publishing houses and authors must risk the Twitter mob’s outcry and tell them that they simply do not care if they are offended.