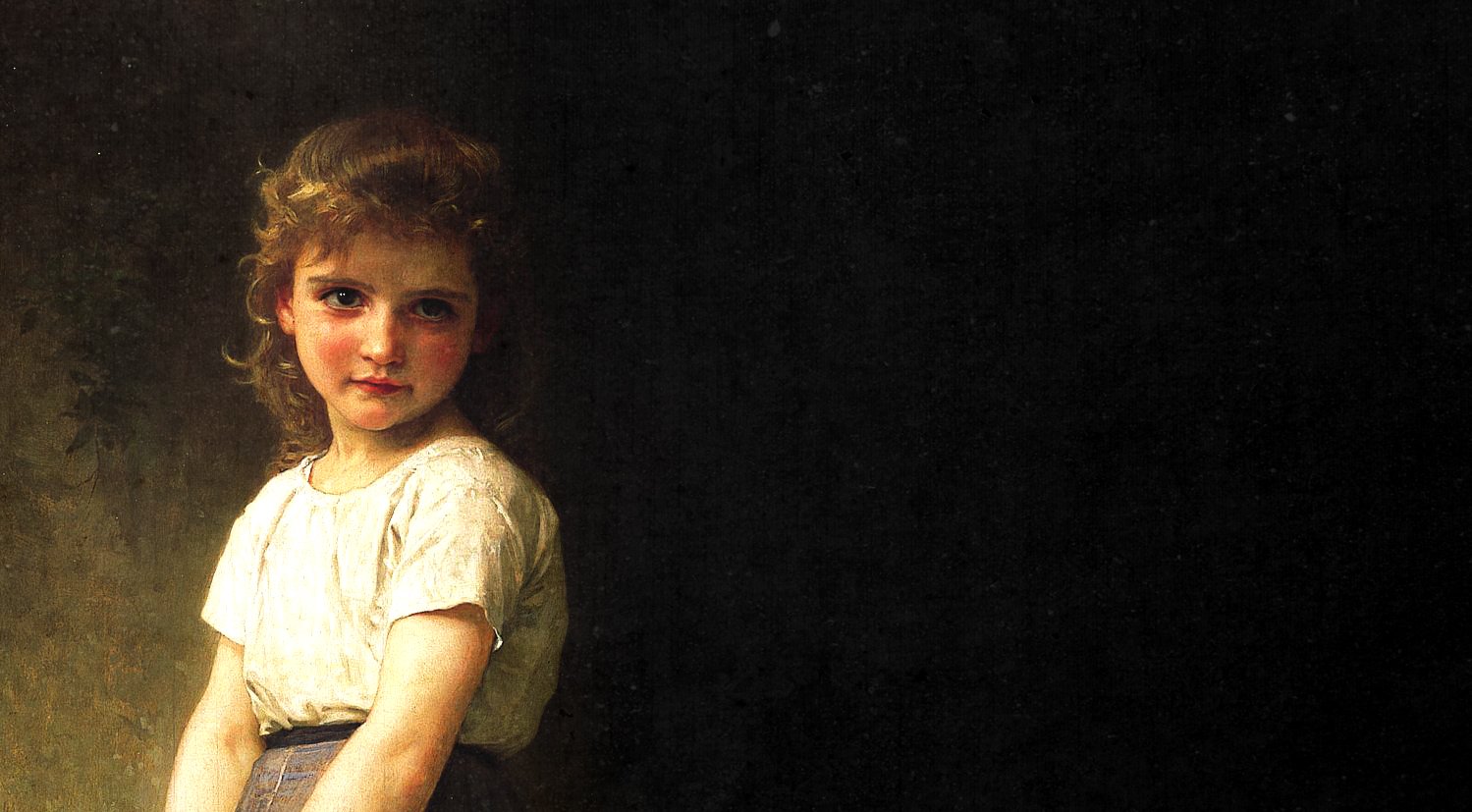 I published this short story six months ago, but I ended up putting it on private. Now I’m rereleasing it! Anyway, Merry Christmas everyone, and I hope you enjoy this cracker of a tale.

A dead body rests in the park for all the townspeople to see.

They gather for the trial of Winston Frees, who passed away yesterday. Together, they must determine whether his soul will rest in heaven or hell. One man – Stephen Forest – seems impatient at the prospect of yet another trial. He stares at the food, particularly the sugary pink cakes and cream biscuits. A little girl called Penelope, who has never attended a trial before, hugs at her mother’s skirt.

‘Do you think Frees will be sent to heaven or hell?’ Penelope asks her mother.

‘Hush, child. The trial will begin shortly,’ the mother says. The child resumes her posture. People shuffle into the park, chatting and gossiping.

Elderly Catherine and Beryl trundled into the park, pushing their four-wheeler shopping frames. ‘Did you hear that Jill and Ben are getting a divorce?’ Beryl asks Catherine.

The elderly Catherine and Beryl often spread rumours. When Winston Frees was alive, Beryl mused that Frees had had an affair with a high-schooler. As the townspeople of Reis speculate on one another’s private affairs, the cheery Dolores walks up towards the podium. She is the main judge who coordinates the trials and, from Penelope observing her charming and comely personality, is also the town darling.

‘Hello, people of Reis,’ Dolores says, her cheeks rosy and full of cheer. Dolores is not the sort to hide her sunny disposition.

‘Hello!’ The townspeople respond like the well-behaved children in Penelope’s school. Dolores smiles.

‘Mr Winston Frees is on trial today. It’s our job to be good citizens and determine where he belongs,’ Dolores said.

‘Well, let’s get it over with. I want to try some of Beryl’s pink cakes!’ Stephen Forest responds.

Laughter erupts amongst the townspeople, and Dolores smiles, leaving only Penelope oblivious to the town’s humour.

‘Don’t we all, Steve!’ Dolores exclaims, her smile widening.

‘But later. We need to finish this trial.’

‘You are all good townspeople, but I have to say every time…’ Dolores begins. The townspeople laugh and joke, interrupting Dolores’s speech.

‘Those who do not participate will be executed and sentenced to hell.’

Penelope’s eyes widen in fear. When trials were mentioned, she’d think about fairness and other beautiful, righteous things. There is nothing charming about execution. Or eternal damnation.

Moments pass, and the townspeople ponder. Beryl and Catherine whisper in each other’s ears, smirking at revelations about Frees. Penelope puts up her left hand. The townspeople stare at the girl, in both fascination and embarrassment.

‘Child, don’t you want to see how other people vote?’ her mother urges, gritting her teeth.

‘No, mother. I don’t want Winston to go to hell, it looks painful,’ Penelope returns, with subtle tears brewing in her hazel eyes.

‘Ah…the goodwill of a child,’ Dolores says, displaying sympathy, ‘but sometimes, in order to help other people, we need to be just.’

Beryl puts up her right hand.

‘We all know Frees had sex with a teenage girl. Linley’s daughter. Sad, sad story.’

Catherine puts up her right hand.

‘I agree. We do not tolerate rape. We are better than that,’ she responds.

‘You don’t know that!’ Penelope exclaims, mortifying her mother further. ‘Did you ask him?’

The townspeople groan, as if Penelope had told an off-colour joke.

‘Little girl, violence is evil,’ a townsperson called Mitchell says, shooting his right hand in the air. Penelope sinks further in her seat, her hand weaker. The townspeople chat while staring at the petrified child. The mother signs to her.

‘Penelope, dear, put down your hand. Or you’ll be sleeping outside.’

The little girl’s eyes intensify with confusion and fear.

Penelope puts down her hand, and she cramps her body up to be smaller and unnoticeable. The undecided townspeople put their right hands up.

‘Penelope? Are you going to vote?’ Dolores asks with an off-putting sweetness. Penelope shakes her head in defiance. Her mother nudges her, and Dolores rolls her eyes.

‘Sweetheart, I don’t want to send you to hell,’ Dolores says.

Penelope looks at Dolores. Her eyes are furious like an erupting volcano, but her lips and cheeks indicate the compassion and softness of a merciful messiah. Dolores increases the intensity of her stare, communicating her disgust with Penelope. The little girl had learned early on that an eye glare conveys hundreds of words as well as unspoken desires, and Penelope gathers one crucial point at this moment.

Dolores wants to hurt her.

‘Penelope! Vote!’ Her mother demands, controlling her voice in order to prevent a scene. The little girl sobs, causing the townspeople to cringe. In an innocent fashion, she puts her right hand up. Dolores smiles, and her eyes weaken in intensity.

‘Right! That’s all settled. All fifty of us have sentenced Winston Frees to eternal torment.’

Dolores slams the gavel down, and the body of Winston Rees disappears within seconds. The grim sight of a body decaying into black dust sketches itself onto Penelope’s mind. For a moment, Penelope observes how quiet the rotting of a human is. When Penelope had lain in her bed at night, she’d imagined death and hell as a loud and booming place, where silence does not exist. Like any child who believes in something dreadful, Penelope wishes to be wrong. Yet the sight of black cloudy dustfrom the coffin validates every despairing belief she has ever held.

‘Now we can have some cake!’ Stephen cheers, causing others to laugh. The townspeople move towards the sweets, while Penelope sits in her seat.

‘You should know better than to create a scene,’ Penelope’s mother says. ‘Your behaviour is repugnant, child.’

Penelope looks onto the now-empty coffin.

‘I know, mother,’ she replies, ice-cold. Her mother sighs and twitches her lips.

‘Look, child, I get it. It’s hard, seeing justice distributed like that. Centuries ago, people believed a figure called God did it,’ her mother said. ‘Did little girls scream at God for condemning people to hell?’

Penelope is thinking two things. One is that her mother has a point, and the other is what response will satisfy her mother the most. Penelope wonders which thought is more devastating- people taking over God’s role, or the angst of satisfying her mother’s desires.

Her mother stares at her in an invasive manner.

‘There’s something you’re not telling me, Penelope.’

‘Mother, if I am naughty and then I die…will you send me to hell?’ Penelope’s delicate voice reeks of vulnerability and terror.  Her hazel eyes are steeped in subtle tears.

The mother strokes Penelope’s face with gentleness, and her eyes soften. Her once austere fingers now feel like cream, and for a brief moment, Penelope feels secure.

The mother pulls her hands away from Penelope’s face, and stands up without giving Penelope a second glance. She walks towards Dolores and Steve with a cheery step.

Penelope muffles her tears, and is lost in her thoughts. She can only look down on the dirt. She considers running away into a dusky wilderness where there are no rules nor judgement. But she’d be alone. No humans exist anymore, just the townspeople of Reis. If she was caught, she’d be executed and sentenced to hell. The thought of suffering without end sent a shiver down Penelope’s back. After all, the only thing that gets you through torment is knowing that it will end sometime. Hell is forever.

The child looks at the townspeople, who are gossiping and munching on saccharine, pastel-hued food. Penelope walks towards her mother, giving a mellow smile with her melancholic eyes. She looks around at the people, until her eyes meet Dolores’s.

The judge smiles wide, her eyes gleaming with victory, and Penelope’s stomach churns as if a slug was rolling around in it. Yet she smiles, with her eyes scared and miserable. Every passing moment makes this facial posture hurt more, and finally Penelope turns away and looks at the little pink cakes. She wonders if she is the only one in the town of Reis who thinks about putting an end to the trials.

Thank you very much for reading my work.

Have an awesome 2020, everyone! Comment below with any thoughts.

0 comments on “From Heaven To Hell: A Short Story”

This site uses Akismet to reduce spam. Learn how your comment data is processed.

We have a great range of t-shirts that celebrate individuality, nature, liberty, freedom and creativity.